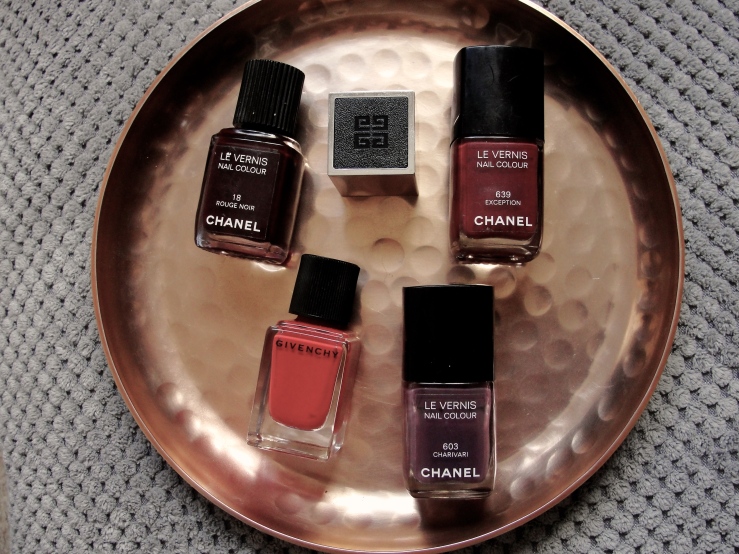 Chanel do seem to have a near monopoly in this post but I feel like since last year their nail polish formula has improved. Utterly judging that based on Exception. Anyway, even though I did this post once before when I sort of tried to blog and then failed, I have a few new picks this year and I thought I’d share them with you. Obviously there is a certainly deep red going on but when if not in autumn… 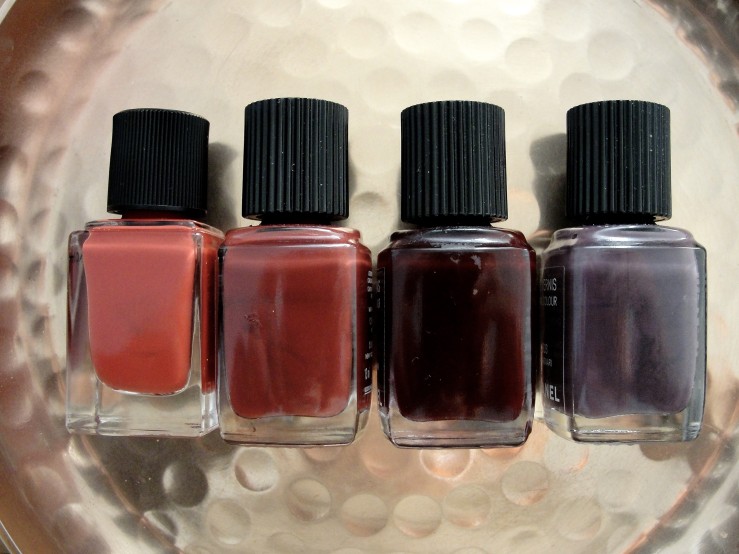 Chanel Charivari – I thought I’d start with this one because it is a sort of different colour for me and the only one that is non-red. If you have any navy recommendations, I’d love to hear but Charivari is the slightly muted eggplant shade of choice. It does actually pull quite dark on the nail but still remains obviously purple and a lot more interesting than black. I mean, I just hate black nails.

Givenchy Rouge Acajou – this one is getting its own post (when my camera manages to capture the tone of it) and that says a lot in terms of me loving a nail polish shade. It’s an incredibly unique shade that I have been after for the longest time and the other day I saw a lady wearing it on the tube and we sort of matched. This one is not as dark as the other three but it has that warm undertone which makes it very fitting for autumn and is still deeper than most red shades out there.

Chanel Exception – the other day I asked at the Chanel counter and am happy to report that it is permanent. So much stress and confusion but I genuinely thought it was limited edition which probably was the only thing stopping me from wearing this everyday. Exception is another unique shade if you like some brown/taupe tones to your reds. You might know that’s my obsession and Exception fits right in.

Chanel Rouge Noir – this is the ultimate classic in the vampy nail category. It’s a blackened red shade that has no purple undertones and that is my preference. It is beyond flattering on the nail on virtually any skin colour and despite being so dark never looks black making it the perfect go-to shade for chic and polished look.

Have you tried any of these colours? What are your favourites shades to wear this fall season?