It’s no surprise that I have abandoned this blog for the last half a year while trying to figure out things in my life. Admittedly, the biggest reason why I stopped blogging was because I felt I was buying too much makeup and didn’t feel good about where my collection was going. But the truth is I love makeup and always finding myself coming back so here we are. I thought I’d start with a project pan update because while I pretty much stopped tracking all the products per se, I finally hit my goal on one very challenging product. I am also having a bit of an overhaul of the project so this will be a long post. 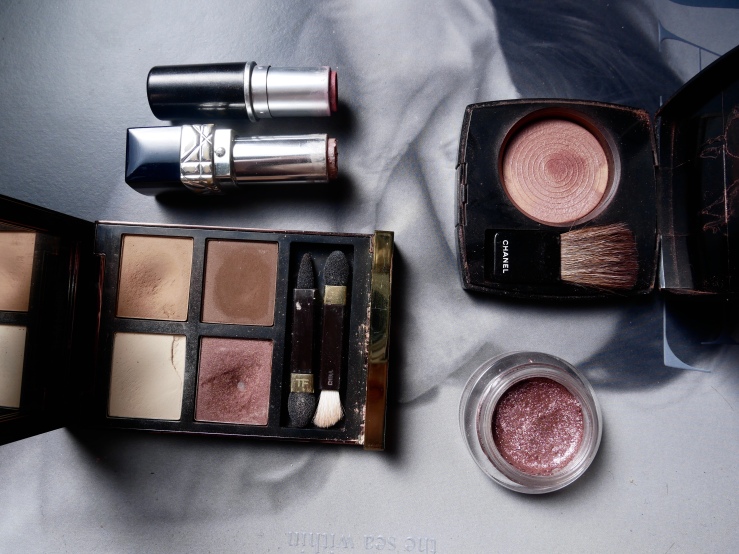 Chanel Joues Contraste in Accent – I rolled this into the project last February and used this exclusively as my blush up until now.  In my last update I’d hit pan on this and it took another half a year of everyday use (also using it as eyeshadow in the last month) to completely use this up. If you are familiar with Chanel collections you might have an idea of how old this was and I’m shocked how well it performed until the very end. It was hands down my absolute favourite blush in terms of finish, colour and longevity and while I will miss it, it had to go. Sadly I didn’t take any progress photos since last update but about a month ago I had so little product around the edges that I decided to repress it in the middle of another compact. It was a baked product but the repressing didn’t change the formula bar the fact I pressed it lighter than it was originally which helped use it up quicker. Having done this definitely puts blush buying into prospective especially if like me, you own seven version of the same shade. Now, this blush only contained 4g of product and while I had flattened the dome in places when I rolled it in and knew going in it would take at least a year to finish, I was still impressed with how far went this would go. This was the only baked/hard pressed blush in my collection so I feel like other will be faster to use up but if you want to get your value per wear, I would highly recommend these Chanel blushes.

Mac Matte Lipstick in Velvet Teddy – I rolled this in to make myself feel better about the project and finished this up pretty quickly. In fact, I’ve finished another lipstick since then and I still feel pretty good about finishing lipsticks even though I’ve hardly worn any this last month.

Dior Rouge Lipstick in Bar – this was not as easy to finish as Velvet Teddy since I way prefer matte opaque formulas to sheer and glossy lipsticks like Bar but this became a sort of lipstick I could reapply without a mirror and I learned to like it for a while but definitely, happy to wear more matte lipsticks now.

Chanel Illusion d’Ombre in New Moon – I’m rolling this out and will replace this with another shade. As much as I love the base colour of this shadow, it’s a glitter bomb and the glitter falls on your face throughout the day and I’m not a fan of the look. I’m not sure what to do with this because realistically I don’t see myself using this up but also don’t want to part with it just yet.

Tom Ford Eye Quad Cocoa Mirage – now I initially said I wanted to hit pan on all the shades and I only did on one with another one being super close but this is not the oldest palette in my collection and I haven’t been drawn to these neutral browns much so I feel like rolling this out now and focusing more on my more purple toned shadows as well as Tom Ford’s new Sous Le Sable quad which is way more up my alley. 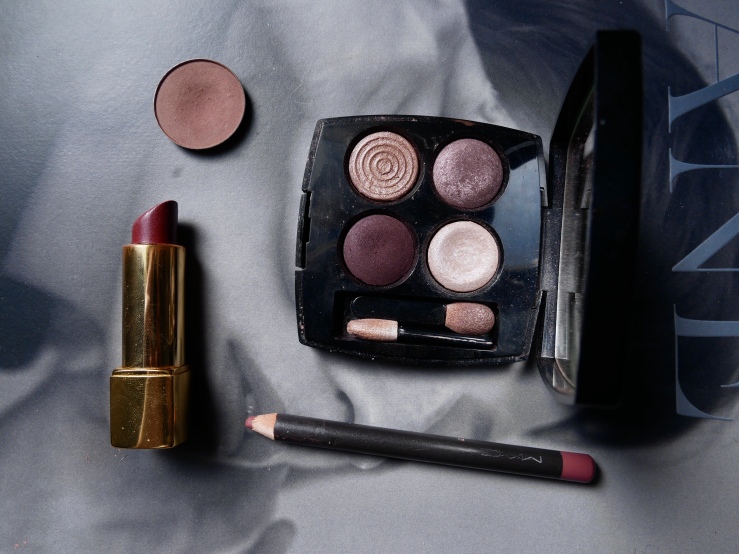 Chanel Eye Quad in Rafffinement – there really isn’t much to talk about in terms on progress on this, I got a couple new Chanel quads from the Desert collection earlier this year and pretty much put this away to the side. Not that I’ve used it end of last year. My goal is to get this out of my collection as it is one of my older palettes so this will stay here as long as that takes me to use the last three remaining shades.

Chanel Rouge Allure Lipstick in Farouche – much like Cocoa Mirage, I haven’t been drawn to this tone of lipstick but I don’t have a lot left. This is a product I never reached for before this project started and I think as long as I get in the habit of using it again, it should be gone soon.

Mac Lipliner in Whirl – this one is a bit of a nightmare for me because you have to sharpen it so rarely. At one point I was good at using this every morning and I would like to get back into that. I’m rolling in a lipstick that I don’t like wearing without a lip liner so that should help.

MUG Eyeshadow in Wild West – I haven’t hit pan on this yet but I have a sizeable dent in it. I recently gathered all of my single eyeshadows in one palette so it should be easier to reach for it. 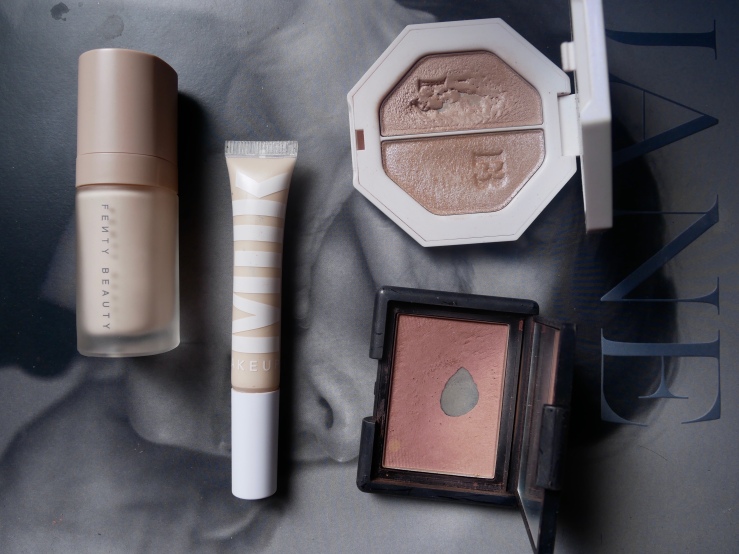 Nars Blusher in Douceur – this is now my oldest blush so it’s next up on the list to use up. I have quite a big pan in this already and it’s one I got organically so I think this will be a lot quicker than Accent but I guess you never know.

Fenty Pro Filt’r Primer – luckily I got a mini size for this primer because I’m the person that forgets to use primer. At first I wasn’t too keen on it but I’ve used it a couple of times lately and my makeup looked nice on top of it so as long as I remember to use, I’m hoping I can get this out of my collection.

Milk Flex Concealer in Porcelain – I went on a bit of concealer craze last year which left me with way more concealers than I care to admit. I realised this one had the most visibility on the tube and it’s not that full so I’d like to focus on it now instead of using a different concealer every day of the week.

Mac Eye Kohl in Costa Riche – another one of the oldest in my collection. I only have two brown eye liners in my collection so it’s not so out of control but it’s not a product I use very much so it will take a bit of an effort to use it regularly.

Chanel Illusion d’Ombre in Fatal – this one is replacing New Moon. It’s definitely a shimmer and not a glitter and it has beautiful reflect on the eye. I am also more drawn to the purple tones in Fatal so I think I can reach for this a lot easier and hopefully finish this up.

Ellis Faas Creamy Eyes in Deep Warm Taupe – I went through two of these shadows in Lilac Taupe in the past and it was a bit of my secret makeup weapon. These set and stay budgeproof so they make for a great wash of colour or eyeshadow base. Unfortunately, in this particular one, the mechanism is broken so it doesn’t dispense the product evenly which definitely stopped me using it but the product itself still works beautifully and I would like to get back in to using it again.

Mac Matte Lipstick in Honeylove – apart from Velvet Teddy, I tend to pick lipsticks for my project pan that I don’t easily reach for and Honeylove is one of them. I don’t find this colour flattering without a lip liner and because I’m not a big lip liner wearer, it just doesn’t get much wear. I think this is the lipstick with the most product compared to others I’ve panned in the project so it will be quite a challenge but I feel like it’s nude enough to make me reach for it a lot.

To sum up, I’m rolling out five products (three finished, two rotated out), keeping five products and rolling in eight products. I’ve been going through my collection a lot lately and there a lot of products I would like to get out of my collection because of how old they are so I’m determined to work on them. Are you working on your own project pan? How are you finding it?